Abstract- Legal Aid in India states that to pursue a case or legal action in any court, tribunal, or before a judicial body, free legal services must be provided to the impoverished and underprivileged who cannot afford to hire an attorney. This article will deal with the ground reality of the access of these facilities to the common man of India.

Introduction- The common person had no concept of human rights. One would have imagined that respect for human rights would evolve with the emergence of civilization. Human rights failed to do so, though. It appears that the industrial revolution announced the beginning of the era of human rights. Man was declared to have certain unalienable rights at birth, the most sacred of which are the rights to life, liberty, and property. However, it soon became clear that human rights were a privilege reserved for the wealthy, and that the poor man’s rights may be violated without consequence. When poverty robs a person of their existence, their rights and dignity become increasingly meaningless. However, the fight for human rights must continue.

The Indian Constitution guarantees equal justice and free legal representation. Free legal aid includes more than just providing free legal representation or assisting a litigant who is poor or disabled in pursuing their case; it also includes educating the populace about the value of prompt and trustworthy justice by holding Lok Adalat and helping those who cannot afford to travel to court. Additionally, it comprises compensating victims in the situations listed in the schedule or taking further action on the part of the authorities. As India is a welfare State, hence the State must promote the welfare of its citizens. Even though the concept of equal justice and free legal aid was long ago incorporated into the constitution, it was never truly put into practice. Further, in the case of Hussainara Khatoon Others vs Home Secretary, State of Bihar, the reality was that many men, women, and children were imprisoned for a very long period as they awaited their trials. Many of them were detained in prison for much longer periods than the minor offenses for which they were arrested, ranging from three to ten years. Minor offenses typically carried a sentence of a few months in jail. Some of them didn’t even receive charges. The court in this particular case recognised the significance of Article 39A and ruled that everyone should be released immediately. It also ruled that the state could not deny the citizens’ constitutional right to a speedy trial relying on that justification.

Under the legal services authorities Act, Part IV of the Act outlines the requirements for receiving legal services. A member of the SC or ST community, a victim of human trafficking or a beggar as defined by Article 23 of the Constitution, a woman or child, a person with a disability, a person experiencing unjustified want, an industrial worker, someone who is in custody, or a person who receives an annual income of less than Rupees 9,000 or higher as determined by the state government, are all eligible for free legal services according to Section 12 of the Legal Services Authority Act, 1987. Anyone who meets all or any of the requirements listed in Section 12 is entitled to free legal assistance according to Section 13. The grants that the federal government provides to these authorities are also mentioned in the Act. Part V of the Act also mentions the creation of the National Legal Aid Fund and State Legal Aid Fund. It goes to great length on the power and purposes of both permanent and temporary Lok Adalat.The goal of the entire Act is to improve the lives of those in the economically, socially, and educationally disadvantaged sectors of society. However, it is unclear whether the reality on the ground corresponds to what is reported in the media. Although the Act mentions serving the people at the local level or even at the taluka level, however, the truth is that there is still much work to be done in these areas. Not only does this apply to our nation, but it also applies to the rest of the world. Almost all countries have laws governing this, although in practice they are not particularly effective.

Rule of Law and Access to Justice at the Core of Legal Education- Adherence to the rule of law, that is, the procedural rules that should be followed and upheld, is directly related to access to justice. The judiciary and executive branches of India’s advanced legal system collaborate closely to protect the country’s established moral standards. However, it is important to distinguish between the effective rule of law and other principles such as justice, human rights, democracy, or equality. To ensure that citizens may exercise their rights and contribute sufficiently to affect good governance, rule of law plays a crucial role in supporting effective institutional processes.

Every person has the right to equality before the law and equal protection under the law under the Indian constitutional system. A significant social and political divide among the population, however, puts some groups of people on the outside looking in. It consequently becomes essential for these marginalized persons to have access to justice provided by the rule of law and legal knowledge to not only exercise their rights but also to acquire access to government- run social programmes. Such legal rights and welfare programmes frequently present opportunities to integrate into the mainstream of socio-economic life.

Provision of Legal Aid- Pre- and post-litigation services are both included in legal assistance  according to the National Legal Services Authority’s (NALSA) official definition on its  website. The provision of free legal aid in civil and criminal issues for the poor and  marginalized who cannot afford a lawyer’s services for the conduct of a case or a legal  procedure in any court, tribunal, or before authority is considered to be providing free legal  services, according to NALSA.

Free legal services also include giving beneficiaries assistance and guidance so they can take  advantage of the welfare benefits provided by the Central Government or the State. The  government’s welfare statutes and programmes ensure access to justice in any other way. With  such a broad definition of legal services that cover programmes intended to guarantee access  to justice in any other way, it is clear that the NALSA covers a vast range of services. While  the state is represented in nearly every sector of society through its numerous institutions, The  extensive coverage of justice and legal aid cannot adequately address the people’s social,  economic, and political lives. It may be argued that this is only the state’s responsibility and  that actions at all levels must be coordinated.

Conclusion- After carefully examining the issue, we conclude that the main barrier to legal aid  is illiteracy. Rural residents make up more than 70% of the population, many of whom lack  access to education and are unaware of their legal rights. The lack of legal knowledge is the  real cause of the poor being exploited and deprived of their rights and advantages. We have  many laws, as has already been mentioned in this area, not just in the form of charitable  judgments and legislation, but all of them have shown to be myths due to their inadequate  application to those who most need them. Therefore, rather than passing any new legislation,  effective and proper implementation of the laws is what is required right now. Legal aid in the  nation can only become a reality and not simply a myth in the citizens’ thoughts if the current  laws are put into practice. 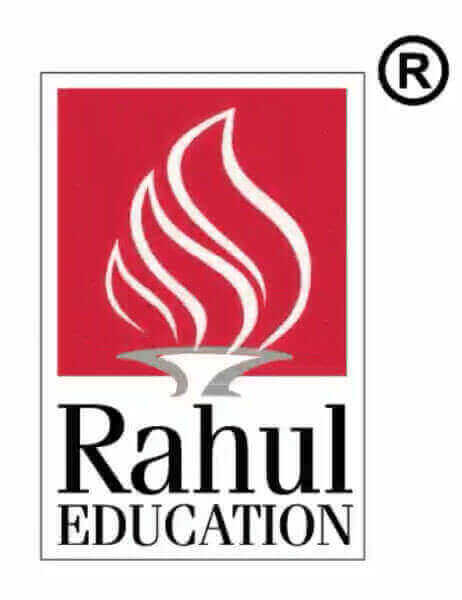